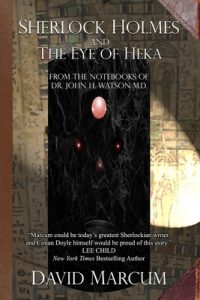 1 thought on “Sherlock Holmes and the Eye of Heka”